The logistic market calls for economic and highly flexible means of transport.

The development and design of the CargoSprinter concept was Windhoff’s response to such demands:

A CargoSprinter unit comprises two motorised front/rear cars with container platforms plus intermediate flatbed cars also for container transport. Up to seven CargoSprinter train consists can be loaded independently of each other and at different locations before being joined as one longer train. The coupling as such is a mere matter of minutes. The coupled CargoSprinters then proceed in a multi-traction mode for for same distance until reaching a freight terminal where they can be separated to continue on their own to their final destination.

The vehicles of the CargoSprinter series have been the basis for the development of the unique Windhoff Multi Purpose Vehicles.

The Windhoff MPVTM is successfully used at new construction projects for rail lines and overhead catenary installations, for railway maintenance work and as a base vehicle for fire-fighting and rescue trains and for freight forwarding. 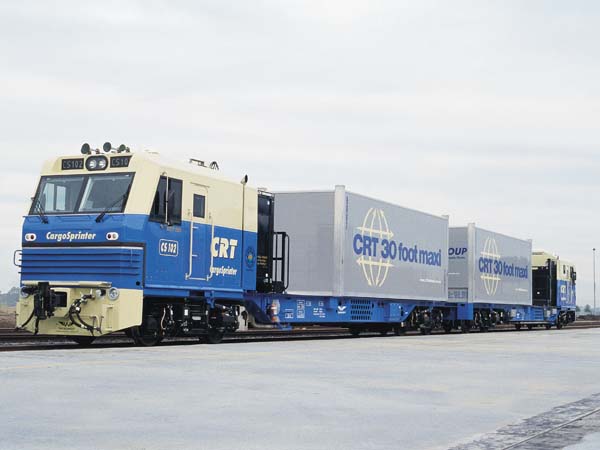